Calgary Stampede is the Greatest Outdoor Show on Earth!

Calgary Stampede is a event like no other - kicking off this Friday June 4 2014, taxi cabs will be in high demand in the City of Calgary.

Customers are advised to use 4 designated taxi stand areas

MAP: Where to catch a cab during Calgary Stampede 2014 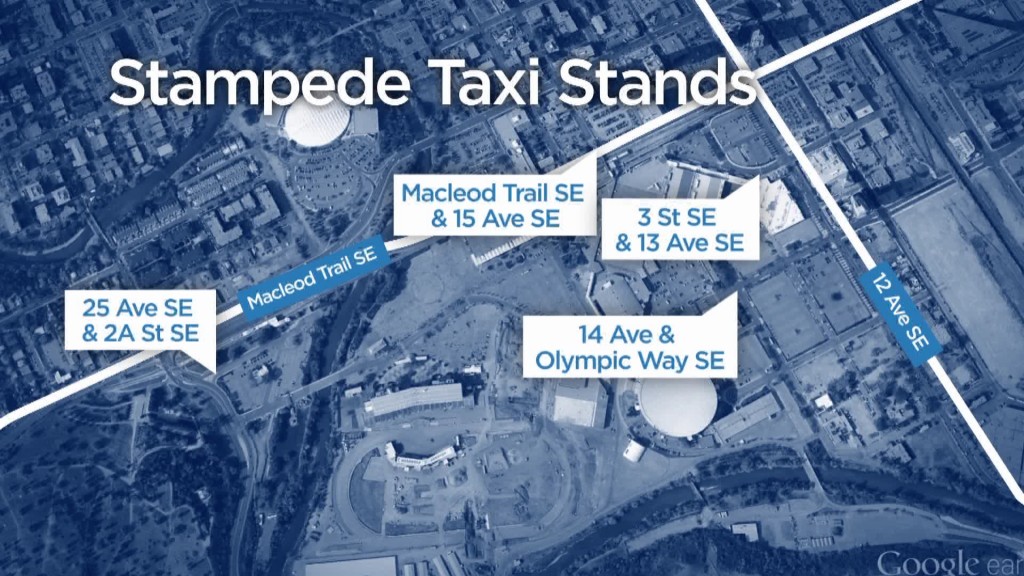